Since it was first articulated by the Supreme Court of Canada in 2004, the law on the duty to consult and, if appropriate, accommodate claimed and established Aboriginal and Treaty rights has helped to promote the economic development of Aboriginal lands and communities. The duty means that federal and provincial governments must take the potential existence of Aboriginal rights, title, and/or historic or modern Treaty rights into account before making decisions about the use of lands and resources. Properly discharging this duty calls upon federal and provincial governments to work with Indigenous groups and Industry to discuss the parties’ respective interests in land and their shared interests, if any, in developing it. This has given many Indigenous groups a powerful voice in the economic development of Canada, and to develop tangible economic benefits for their communities. For other groups, the duty has enabled them to protect their lands from any economic development at all.

In short, the duty to consult is an effective tool for protecting Indigenous ways of life and distinctive cultures in a way that can also build relationships among Indigenous peoples, federal and provincial governments, and Industry. 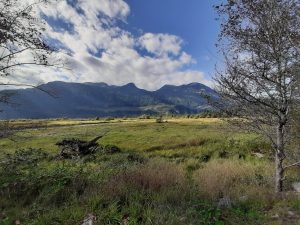 We can help Indigenous entities with: