In 1973, the Supreme Court of Canada confirmed that unextinguished Aboriginal title continued to exist in parts of Canada, though at the time the interest was considered to be a right held by Indigenous communities to simply to possess (not necessarily exclusively) and use the lands. This right was also considered to be subject to explicit extinguishment by the Crown.

With the coming into force of s. 35 of the Constitution Act, 1982, extinguishment of Aboriginal title became impossible, and the courts developed a legal test for determining which Indigenous interests in land give rise to an exclusive, constitutionally-protected right to the land itself. The establishment of Aboriginal title has the potential to confer significant benefits on the Indigenous community that holds the title, for title “confers the right to use the land for a variety of activities, not all of which need be aspects of practices, customs and traditions which are integral to the distinctive cultures of [A]boriginal societies” (Delgamuukw v British Columbia, [1997] 3 SCR 1010). The courts have also, through the articulation of the duty to consult, provided Indigenous communities with tools to protect their claimed title interests in land pending establishment through negotiations or litigation.

Westaway Law Group has experience litigating claims for Aboriginal title, at various levels of court, as well as with negotiations of modern treaties, and other agreements for Indigenous communities aimed at effectively translating their title claims into concrete economic and other benefits for their communities.

We can help Indigenous entities with: 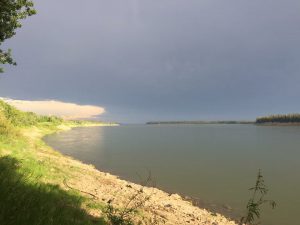